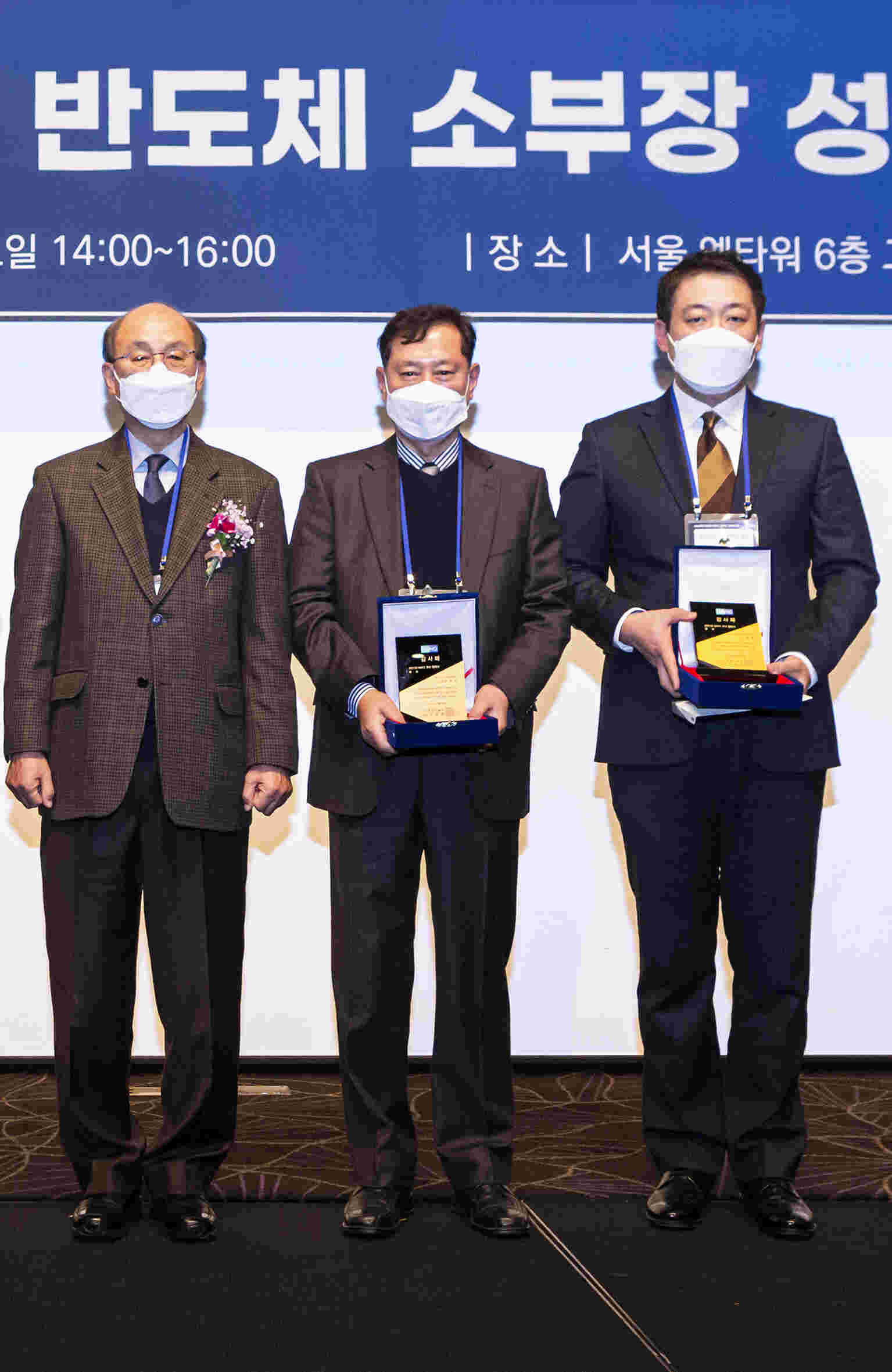 ST. FLORIAN, Austria, February 9, 2022—EV Group (EVG), a leading supplier of wafer bonding and lithography equipment for the MEMS, nanotechnology and semiconductor markets, today announced that it has received a Supplier Excellence Award from the Korea National NanoFab Center (NNFC), a nano-technology R&D infrastructure for academia, research institutes and the industry. EVG received this prestigious award during a ceremony held by the NNFC on January 26 to celebrate the cooperation and creation of a culture of shared growth between the NNFC and its customers and partners.

One of only two companies to receive this year’s Supplier Excellence Award from the NNFC, EVG was recognized for its long-term product service and support, close cooperation and consultation on optimizing product and facility operational efficiency, as well as technical consultation on new wafer bonding and related processes to support new research and device applications. EVG has a long history of partnering with the NNFC in the development and commercialization of new technologies for a variety of applications and industries. Among its current activities, EVG is supporting the NNFC in the development of new MEMS products, including chip-scale atomic clocks, MEMS microphones and other devices, as well as Internet of Things (IoT) sensors, with its wafer bonding and lithography products.

“It is an honor to receive this award from the NNFC, a recognized leader in nanotechnology development, education, training and commercialization,” stated WeonSik Yang, general manager of EV Group Korea, Ltd. “Collaborations with research institutes like the NNFC are an essential part of EVG’s Triple-i philosophy of invent-innovate-implement, where we engage with groups across the nanotechnology value chain to transform innovative ideas and processes into new products. The NNFC shares this vision, and on behalf of EVG, I would like to extend my sincerest thanks to the NNFC for its recognition of our role in supporting its mission to be one of the world’s leading nano-infrastructure institutions.”

EVG will showcase its latest wafer bonding, metrology and lithography solutions at the SEMICON Korea tradeshow, taking place February 9-11 at the COEX Convention and Exhibition Center in Seoul, Korea. Attendees interested in learning more can visit EVG in booth A544.

EV Group (EVG) is a leading supplier of equipment and process solutions for the manufacture of semiconductors, microelectromechanical systems (MEMS), compound semiconductors, power devices and nanotechnology devices. Key products include wafer bonding, thin-wafer processing, lithography/nanoimprint lithography (NIL) and metrology equipment, as well as photoresist coaters, cleaners and inspection systems. Founded in 1980, EV Group services and supports an elaborate network of global customers and partners all over the world. More information about EVG is available at www.EVGroup.com.