NanoCleave is a fully front-end-compatible layer release technology that features an infrared (IR) laser that can pass through silicon, which is transparent to the IR laser wavelength. Coupled with the use of specially formulated inorganic layers, this technology enables an IR laser-initiated release of any ultra-thin film or layer from silicon carriers with nanometer precision.

In 3D integration, carrier technologies for thin-wafer processing are key to enabling higher performance systems with increasing interconnection bandwidth. Glass carriers have become an established method for building up device layers through temporary bonding with organic adhesives, using an ultraviolet (UV) wavelength laser to dissolve the adhesives and release the device layers, which are subsequently permanently bonded onto the final product wafer. However, glass substrates are difficult to process with semiconductor fab equipment that have been designed primarily around silicon, and that require costly upgrades to enable glass wafer processing. In addition, organic adhesives are generally limited to processing temperatures below 300°C, which limits their use to back-end processing.

At the same time, transistor roadmaps for the sub-3-nm node are calling for new architectures and design innovations such as buried power rails, backside power delivery networks, complementary field-effect transistors (CFETs) and even 2D atomic channels, all of which will require layer transfer of extremely thin materials. Silicon carriers and inorganic release layers support process cleanliness, material compatibility and high processing temperature requirements for front-end manufacturing flows. However, until now, silicon carriers had to be completely removed using grinding, polishing and etching processes, which results in micron-range variations across the surface of the working device layer, making this method unsuitable for thin-layer stacking at advanced nodes.

EVG’s new NanoCleave technology utilizes an IR laser and inorganic release materials to enable laser debonding on silicon with nanometer precision. This eliminates the need for glass substrates for advanced packaging, avoiding temperature and glass carrier compatibility issues, and enables the ability to transfer ultra-thin (single micron and below) layers via carriers in front-end processing without changing the processes of record. The nanometer-precision of EVG’s new process supports advanced semiconductor device roadmaps calling for thinner device layers and packages, increased heterogeneous integration, and reduced processing costs through thin-layer transfer and the elimination of glass substrates.

Using EVG’s NanoCleave technology, the backside of the silicon wafer is exposed with an IR laser, which utilizes a unique wavelength that silicon is transparent to. An inorganic release layer that is pre-built into the silicon stack through standard deposition processes absorbs the IR light, resulting in the cleaving of the silicon at a predetermined and precisely defined layer or area. The ability to use inorganic release layers enables more precise and thinner release layers to be used (in the range of a few nanometers versus a few microns for organic adhesives). In addition, the inorganic release layers are compatible with high-temperature processing (up to 1000 °C), enabling layer transfer for many new front-end applications, such as epitaxy, deposition and annealing, where organic adhesives are incompatible. 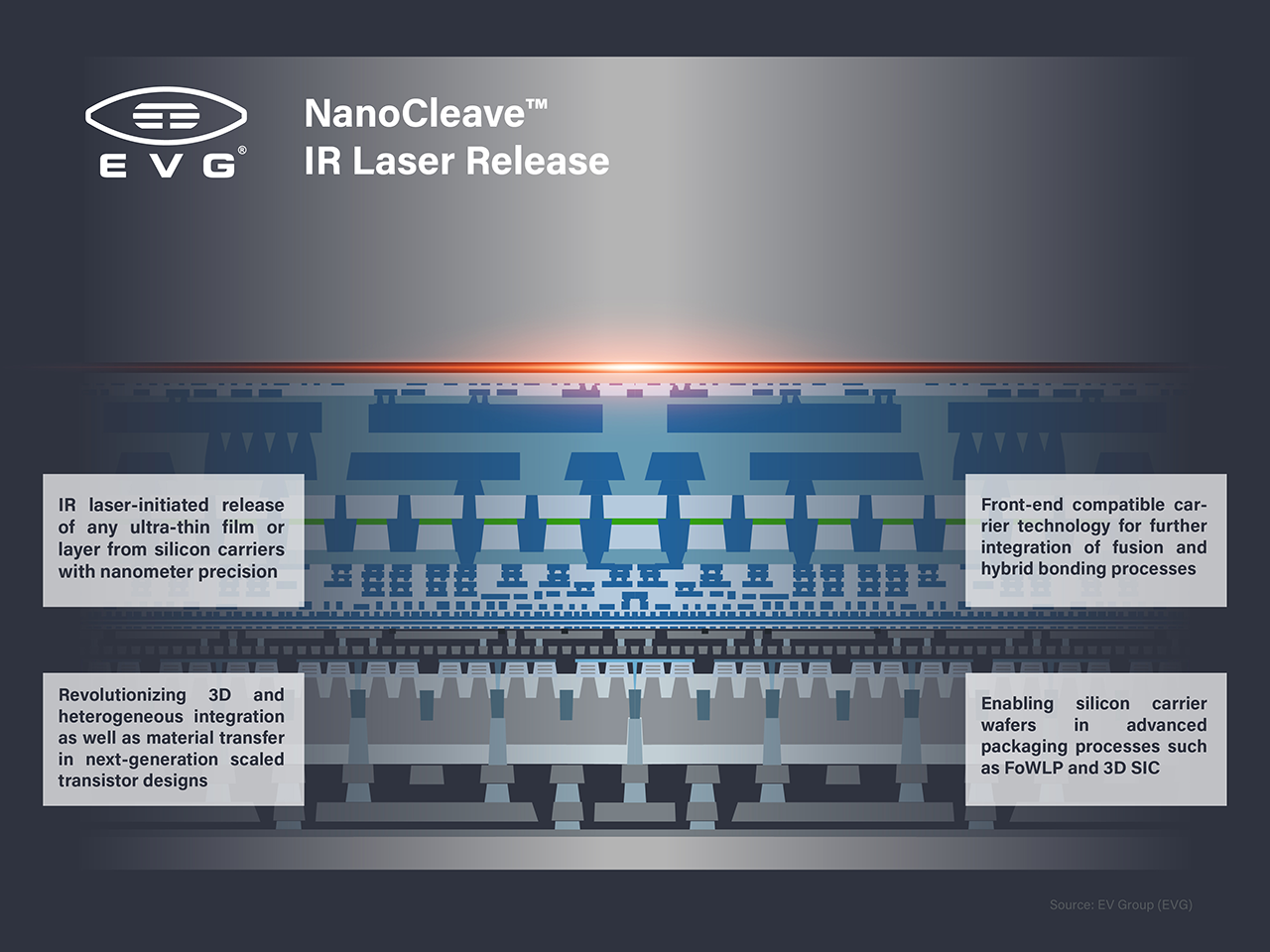 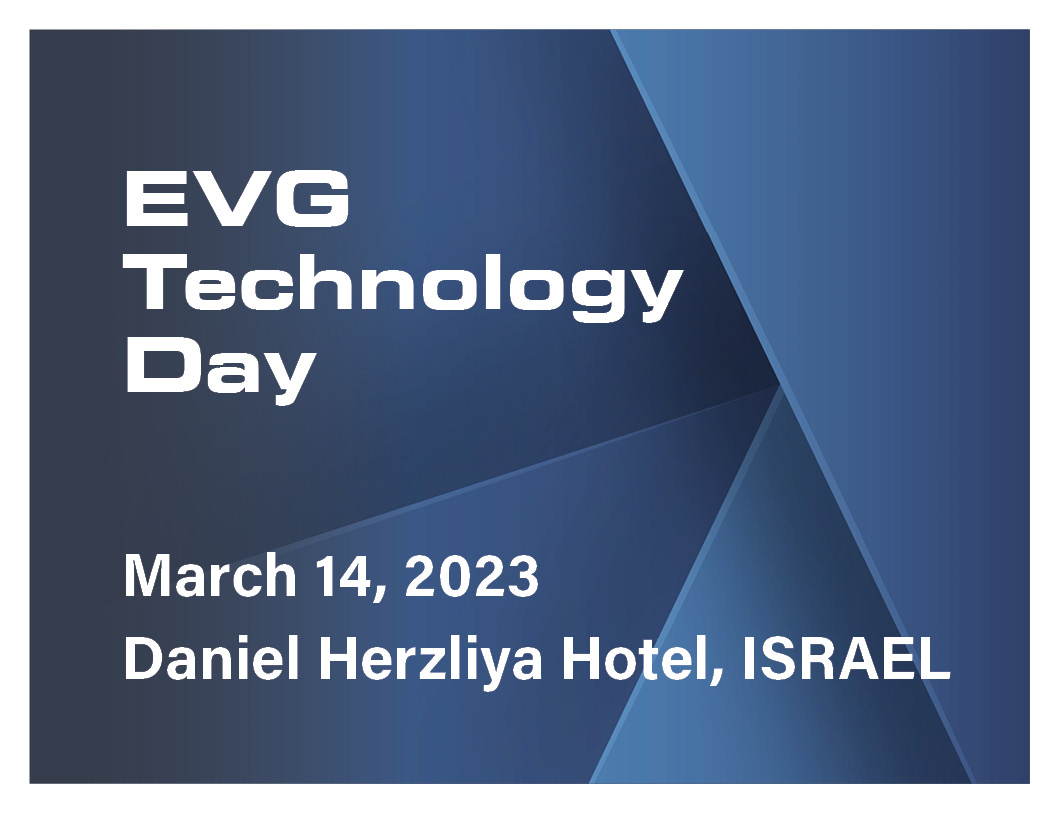